We continue our Face Behind the Data series with the very tech savvy and entertaining Richard Davis, Senior Vice President and Chief Information Officer. Richard’s expertise stems from having real world experience in a broad range of operations and geographies and is instrumental in setting the IT strategy, cyber-security and system policies (and much more!) that make up the stable information technology infrastructure at Katalyst Data Management.  He has spent much of his time exploring the locations he has visited for his work assignments and has a deep appreciation for travel and his time living abroad.

Richard has a proven track record for his business achievements, technical insight and realistic innovation that keeps the Katalyst multi-cloud customer solution reliable and secure around the world.  We’re excited he could contribute his experience and stories to Face Behind the Data, a series of profiles that feature the hard-working employees behind the solutions and services at Katalyst. 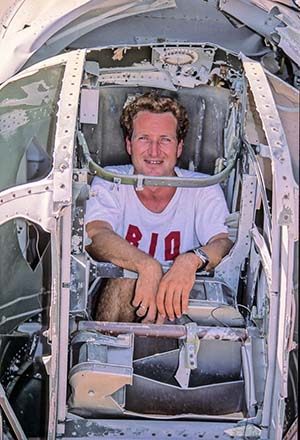 I started my career with Seismograph Service Limited (SSL) as a field seismologist on a field crew in Libya – gathering the data and calculating static corrections.

After Libya I worked in South Africa applying seismic surveying to mine planning. This stint included planning and executing the first 3D survey in South Africa.

After that I went to Brunei where I planned a transition zone 3D from shallow marine, through the coastal town of Seria into the jungles inland. We used air-guns offshore, vibrators through the town and dynamite in the jungle. In addition to planning the survey, including offsets for obstructions, I was also responsible for gathering the data and calculating static corrections.

From Brunei it was back to Libya as a party chief leading land acquisition crews.

Next came a year in Tunisia, then a break for my MBA dissertation, then three months in Dubai preparing a seismic crew and a further three months establishing that crew’s operations in Oman.

Schlumberger acquired SSL and merged them into Geco-Prakla while I was in Tunisia.

From Oman I transferred to the quality, health, safety and environment (QHSE) team at Schlumberger Limited in Houston where I led a number of pollution remediation projects, including the cleanup of the Crab Orchard National Wildlife Refuge site in Southern Illinois – a legacy of the meter manufacturing arm of Schlumberger at the time.

The next obvious step from that was as a sales and distribution business analyst for the Sedco-Forex business group at Schlumberger on their SAP implementation. Having implemented SAP for Schlumberger North America, I became team lead for Sedco Forex, moving to Paris as Schlumberger embarked on extending SAP to the rest of the world.

This proved too ambitious, and Schlumberger canceled the program. Sedco Forex was spun off and merged with Transocean. I returned to Houston with Transocean where I was the IT director responsible for maintenance, repair and operations systems which included supply chain systems.

After Transocean acquired Global Santa Fe Drilling, I left Transoacean and worked as an independent consultant under KPMG advising Qatar Petroleum on a potential joint venture with GE Oil & Gas. This took me from Houston to Qatar and Italy (Bari, Vibo Marina and Florence).

From there I joined KBR as IT director for accounting, finance, HR and payroll systems – essentially SAP and Hyperion plus some utilities. 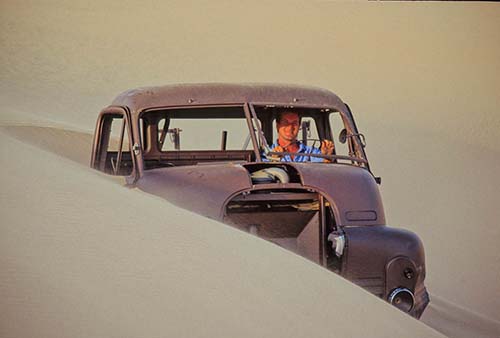 I received a five year sentence, suspended for five years whilst in Libya having been caught brewing beer.

While in Libya I got to see the remains of the WWII B24 Liberator Bomber the Lady-Be-Good in its crash site deep in the Calansio Sand Sea near the Egyptian border. Since then, the Libyans have moved the wreckage to Tobruk.

Deep in the desert on the Algerian border there were petroglyphs of hunting scenes featuring the typical animals of the savanna. Squint and you could imagine the landscape as rolling grasslands with lions, antelope, giraffe and elephants.

I recall one time in Libya where the fuel tanker showed up with just ten feet of hose, which was not enough. I had to assemble an extension from cardboard map tubes and duct tape. We transferred 5,000 gallons of diesel through those cardboard tubes.

The first crew I managed in Libya had taken two months to get into place through a series of sand dunes with numerous trucks breaking down along the route. It was, by all accounts, a really frustrating time for all involved. When it came time to leave, I found a route that got the entire crew out in just three days with only one breakdown.

Certainly a highlight was actually getting to live in these countries, not just visit.

For two years at Schlumberger I got to manage the largest mobile hazardous waste incinerator in the world at that time – mobile on 57 rail-cars. It consumed over 15,000 gallons of liquid oxygen every 24 hours. Getting that project to permit by US Environmental Protection Agency through execution to close-out was a major achievement. 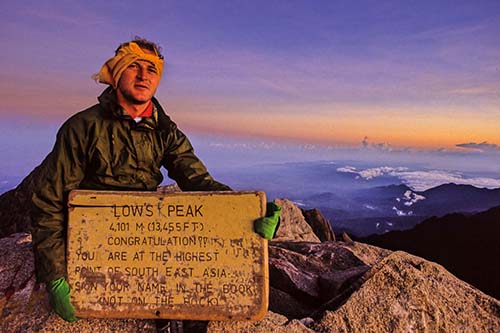 At Transocean I was able to expand the rig maintenance enterprise resource planning (ERP) from six rigs to 70 rigs with only a doubling of support staff. One achievement there was taking a product built to synchronize cell phones and using it to synchronize 70 remote databases to the master central database.

Here at Katalyst, expanding to Perth and Kuala Lumpur have been major achievements. iGlass has continued to grow in functionality and customer base. I’m really excited about the release of Portal ES and the upcoming release of Editor NG.

The extension of our services to the cloud – Azure and Amazon Web Services – has also been exciting as has the work we’ve been doing on the Open Subsurface Data Universe (OSDU) platform.

No. I wanted to follow the family tradition and join the Royal Navy, but my eyesight dropped below the standard required. With a group of other 14-year olds I did spend two weeks living in barracks, working in the machine shops – I made a dice from an aluminum block and a copper ash tray I still have – and in a room we had to plug with various blocks of wood as water flooded in (I didn’t learn to swim till I was in Brunei, many years later).

After that, I wanted a job that would pay me to travel and that led me to geophysics and oil exploration.

It’s quite funny how many of the observers and geophysicists I worked with in my early years have transitioned into IT careers.

I drove. See above.

I think the big lesson is that there’s always a way – you just have to keep trying, keep pushing. Sometimes you need to look at the challenge from different angles and take some time to think rather than just charging in.

I think everyone should take classes in business. At Katalyst we’re here to provide a service to our customers and provide innovative solutions to the challenge of managing vast amounts of subsurface data. Understanding business, how the various elements thread together to create value, I think that’s important. Understand where the inputs to your work processes were generated. Understand how the outputs from your work are used. 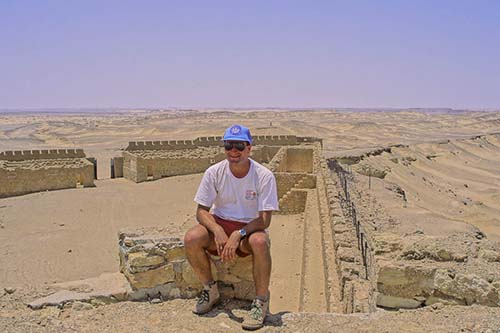 I’ve focused my volunteering with school activities – supporting the band program my son was a part of when he was at high school and now supporting the theater program as my daughter’s junior year comes to a close and senior year is about to start.

Like several in the R&D team, my #1 hobby is photography. I really like landscape and architectural photography. I’ve found the mountains and buildings never complain about their looks. I used to have my own darkroom for black and white printing until I got married. Then, I switched from film to digital in 2001 after the birth of my son. I have about 30,000 slides which I have digitized, and over 50,000 digital original images. Of course, they’re all cataloged (in Adobe Lightroom) and many of them have GIS data and I can find them ‘on the map,’ though a number remain not map visible. I’ve got about 20,000 black and white negatives still to scan. Of all the sales I’ve made, the one to National Geographic remains the sweetest (if not the most profitable).

To learn more from Richard about how to protect subsurface data in the cloud, read his recent article “Disaster Recovery in a Multi-Cloud Environment.”